One of the things I enjoy about  my work is the opportunity to work with museums, heritage sites and organisations delivering living history presentations and craft  demonstrations, often in spectacular places.

I haven’t got the space to list them all here and in fact I often don’t get the opportunity  to take pictures while I’m working so many of those fantastic experiences reside now purely in memory.

This is a small selection of highlights from over the years. 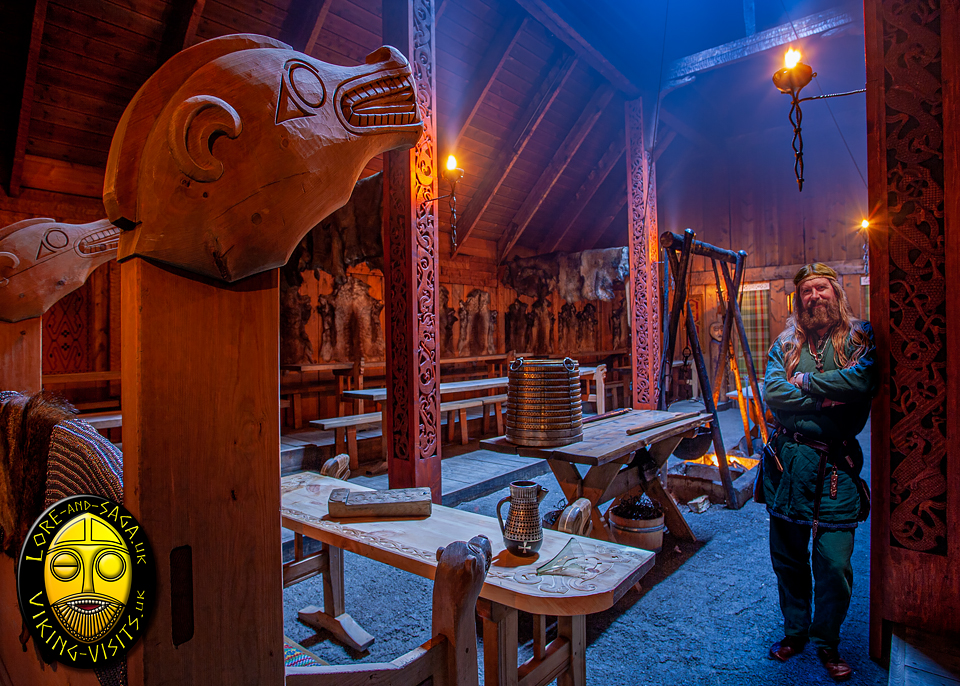 The Lofotr Viking Museum, on the Lofoten Islands in Northern Norway, is probably the worlds most  spectacular Viking longhouse reconstruction.

Built on the site of the largest hall ever discovered, the museum has built a  chieftain’s hall based upon the archaeological evidence from the dig. 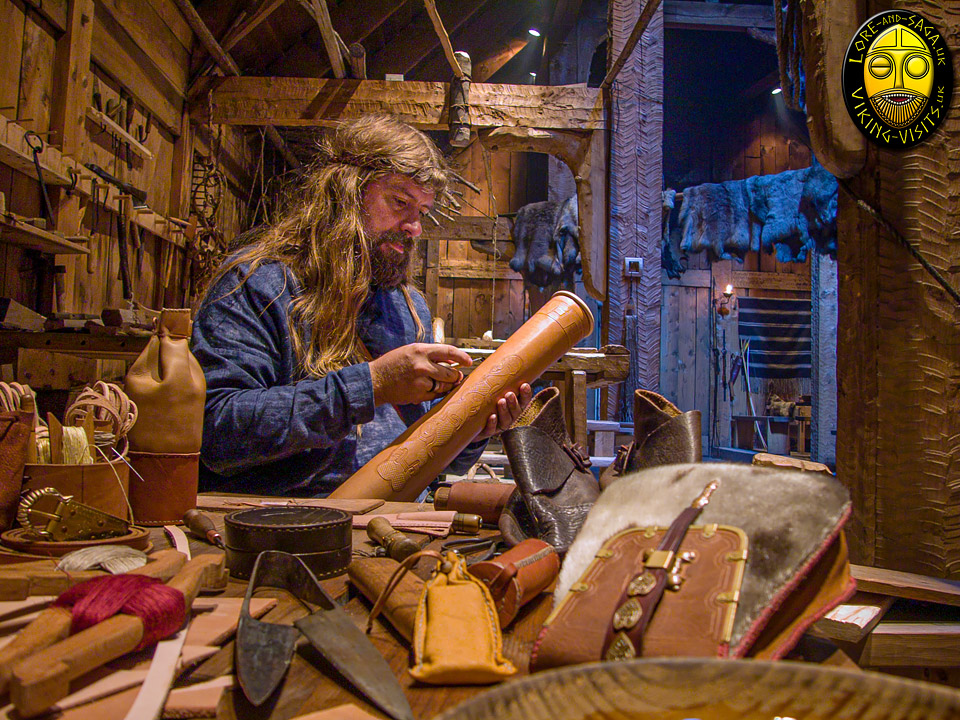 Over the course of four summer seasons, Debs and I demonstrated a variety of crafts and produced some of the artefacts that contributed to the museums growing display. 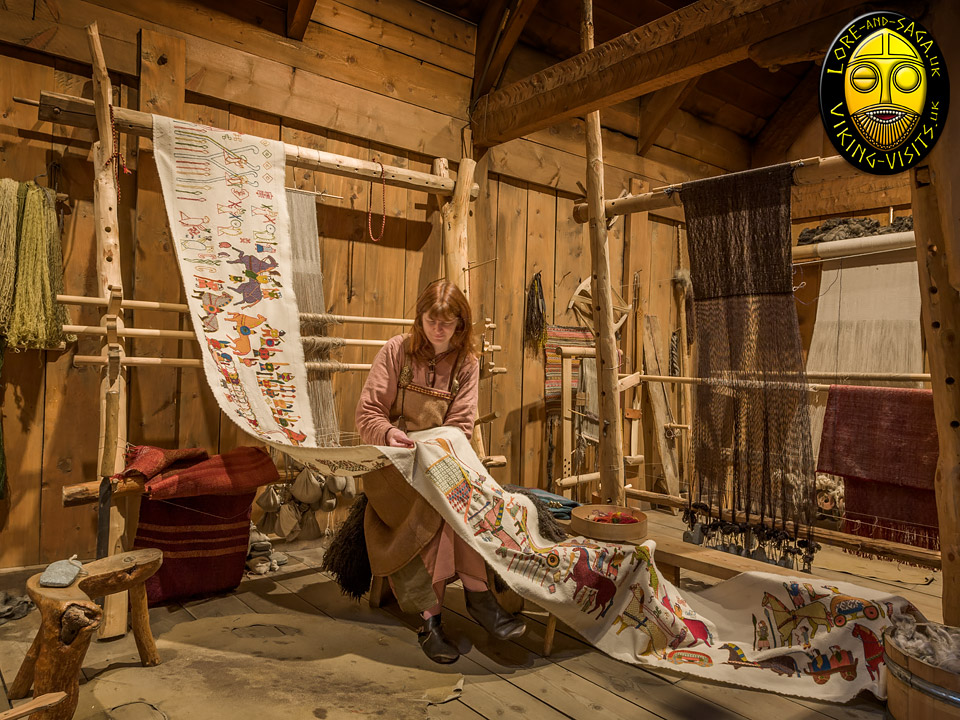 Working with leather, textiles, antler and silver while talking and interacting with visitors, with the aid of the multilingual guides, in that fantastic building was a  memorable way to spend our summers while the schools were on holiday.

Unfortunately, when the Scandinavian ferries from Newcastle were discontinued, our  collaboration had to end with the museum too. 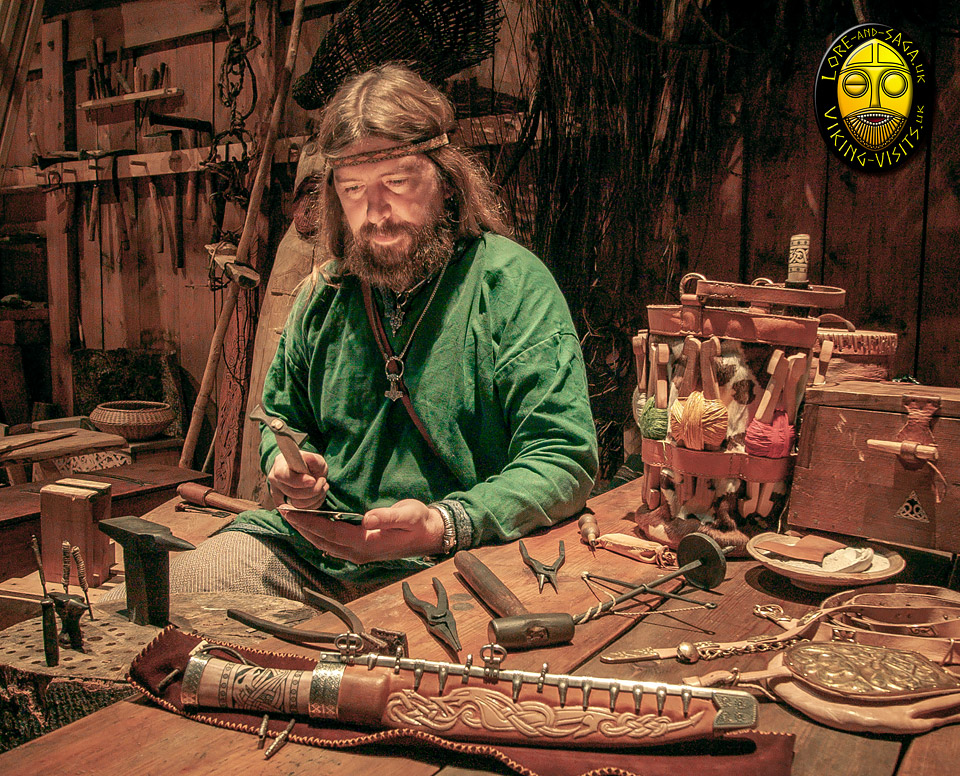 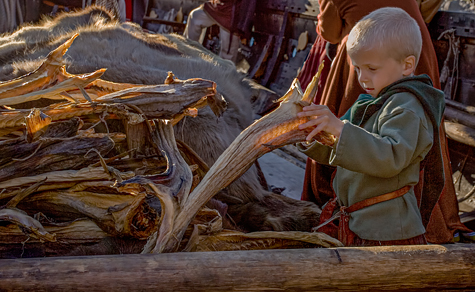 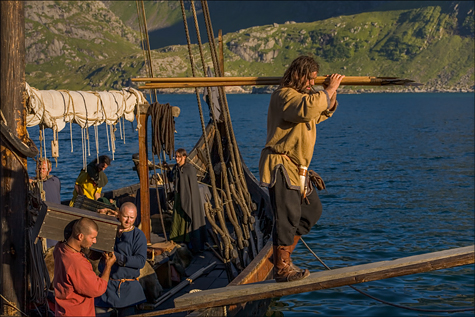 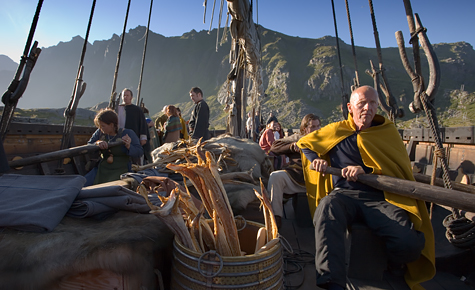 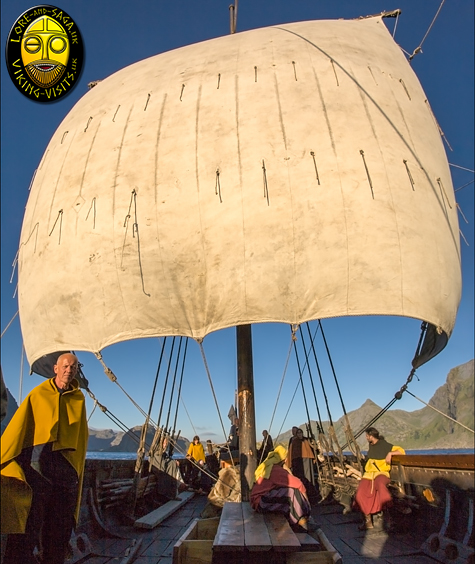 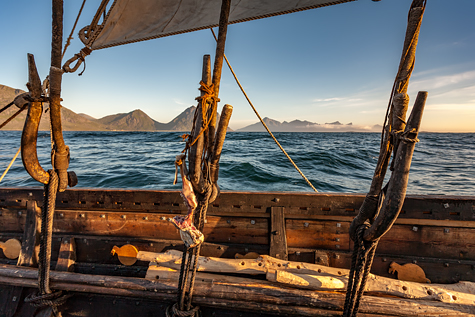 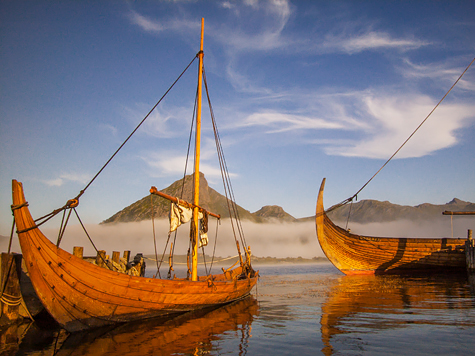 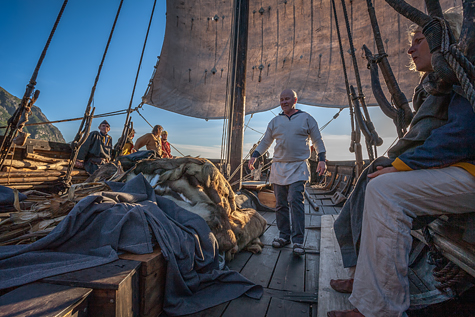 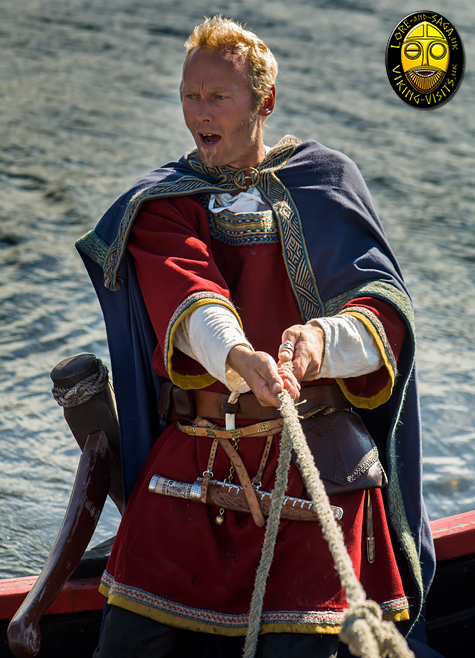 Having the opportunity to work and sail on some of the magnificent Viking Ship reconstructions owned by the museum while we were there was an experience that can only be  described as life changing for someone in my  position. Nothing can  possibly compare to the feeling of a full sized real longship in sail  under your feet.

Sailing out on Lofotr, the museum’s  ”Gokstad” ship replica, gave us a unique  perspective on the lives of those Norse sailors that set out without all the modern safety equipment that we take for granted today. 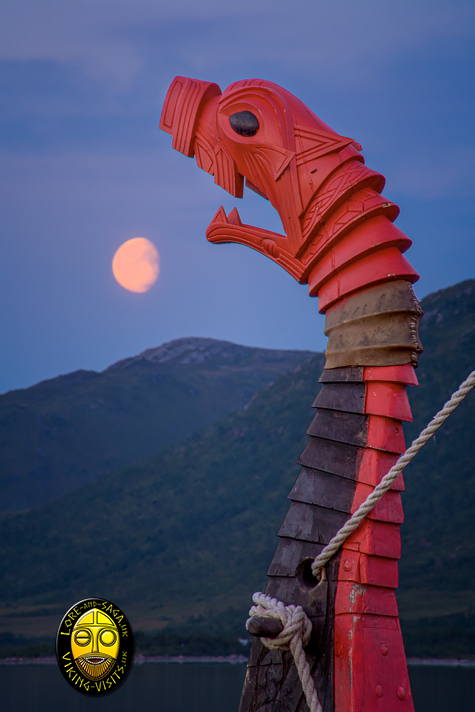 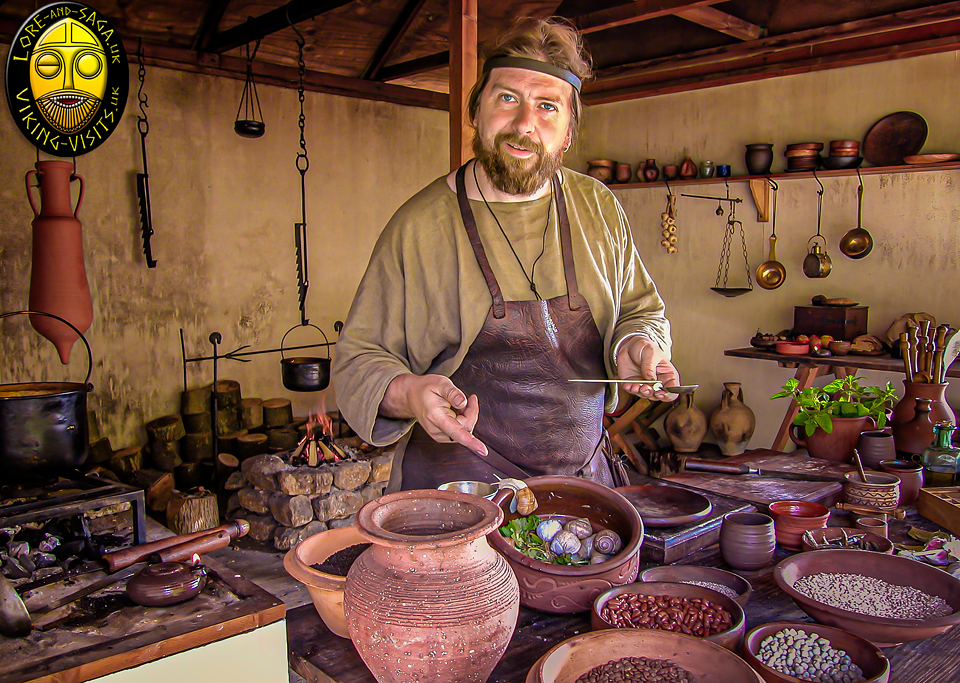 Not long after we had formed Combrogi, a small independent living history group, we were approached by Mark George, working for the National trust at Chedworth Roman Villa,  who wanted to work with us to deliver public living history events at the site.

The proposal that we returned to him with was an ambitious plan for the group to construct a  temporary Roman kitchen that would form the heart of regular living history  encampment. 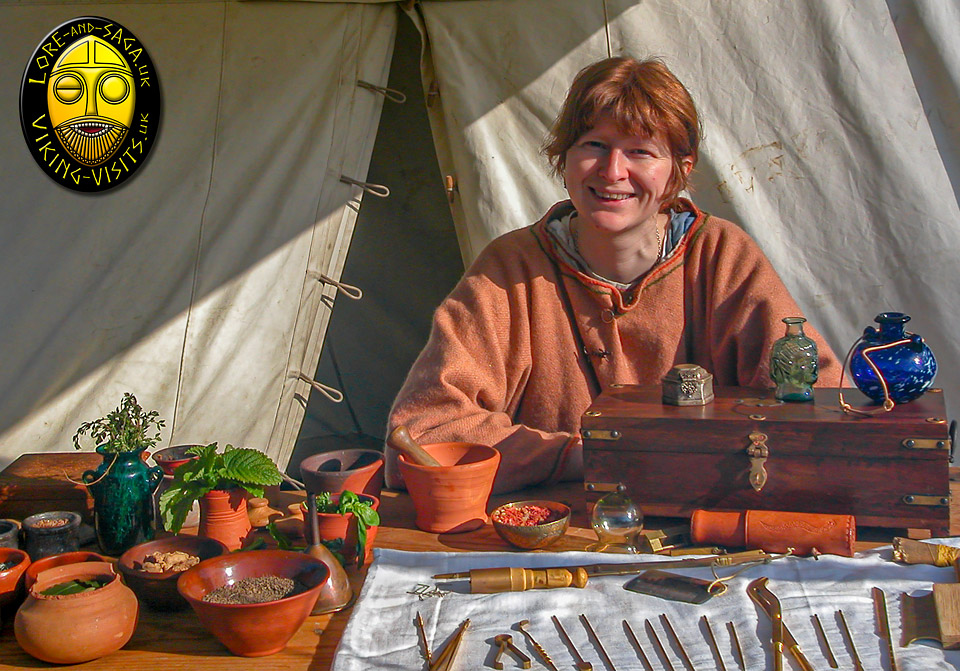 I ran the kitchen demonstration  while Debs presented a Roman Medicine display and other members  demonstrated crafts as and when they were available.

This began a highly successful project that would run for many years and over time developed into a schools education program for the villa as well. 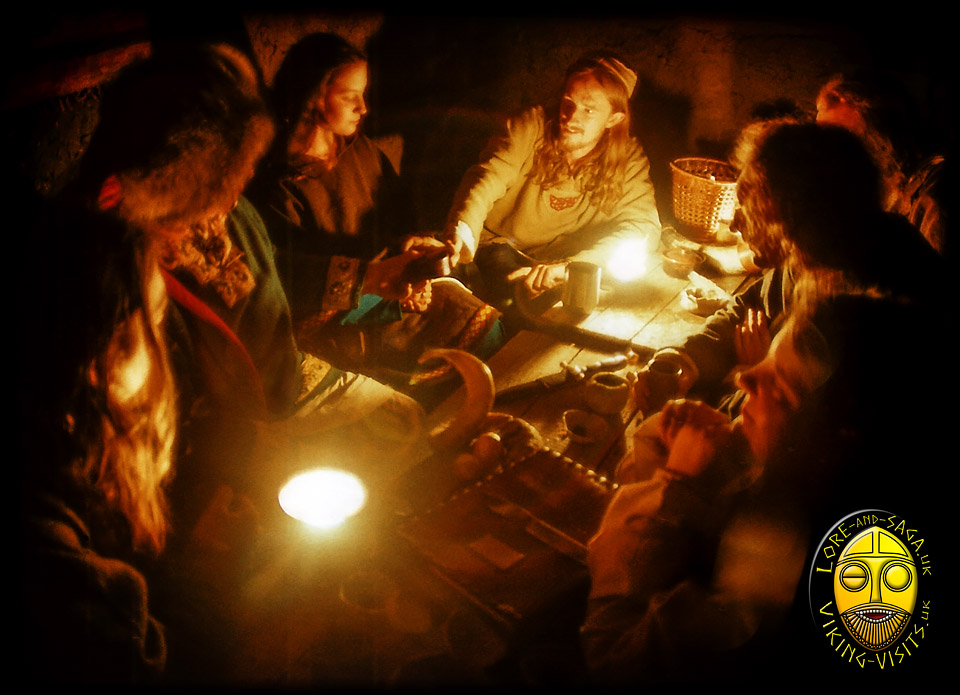 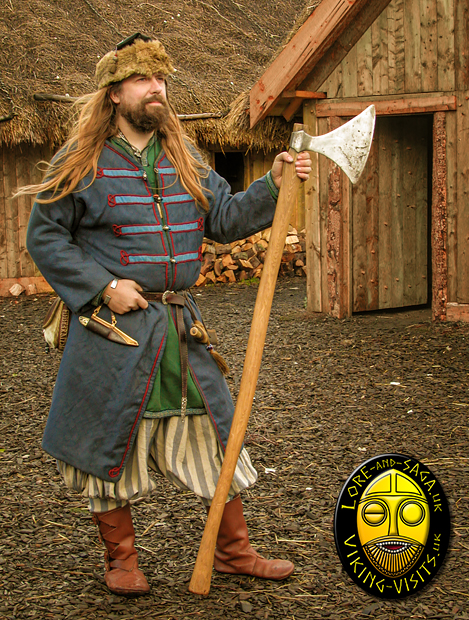 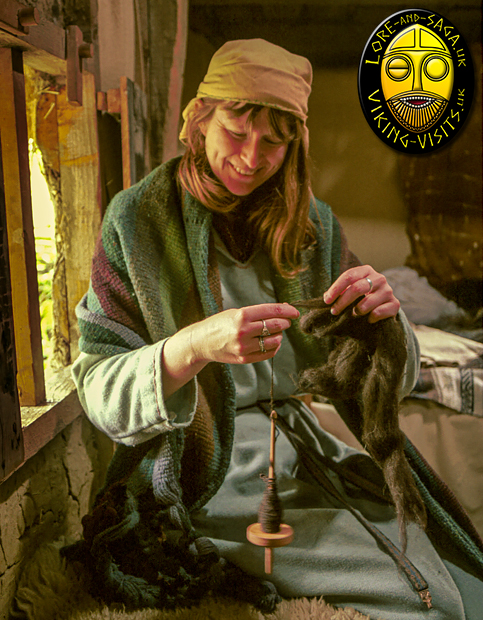 I could not possibly leave out our many wonderful years of working with Danelaw Viking Village, Part of the Award winning Murton Park living history education project.

It was my contact with Danelaw back in the 90s that started my journey into the larger world of living history and my Lore & Saga business drew heavily upon their industry leading living history education experience when it began and still shares the same  philosophies today.

So close is our partnership now that we use Murton Park’s excellent administration services to process most of our bookings for school presentations. 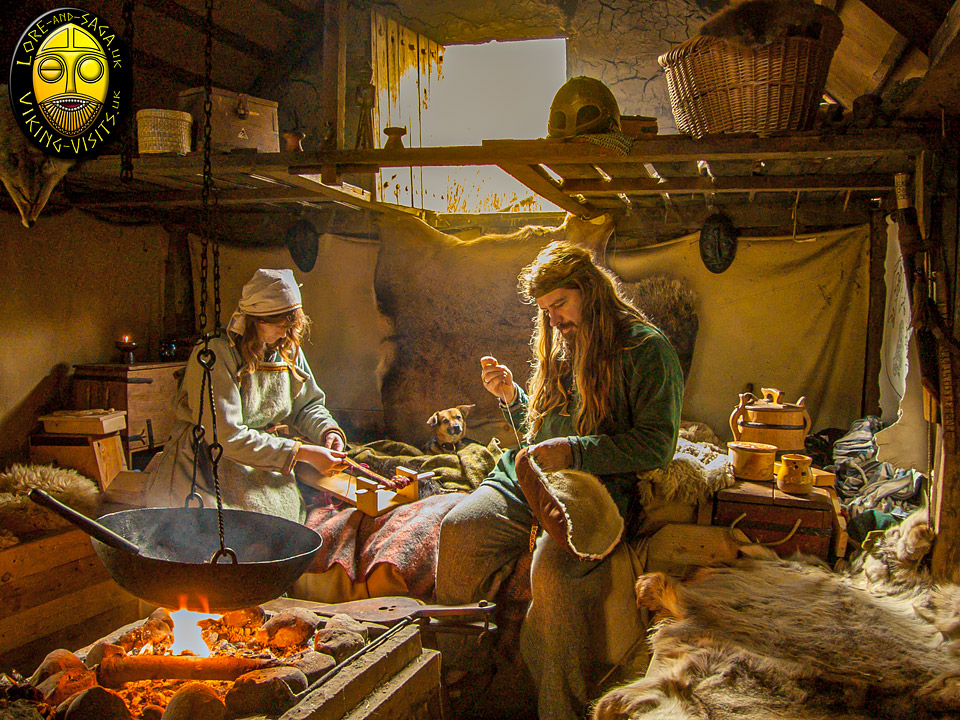 Working independently and with our own living history group, Combrogi, in the early days, we often lived and worked on the site, even building and maintaining our own Viking houses there for many years. 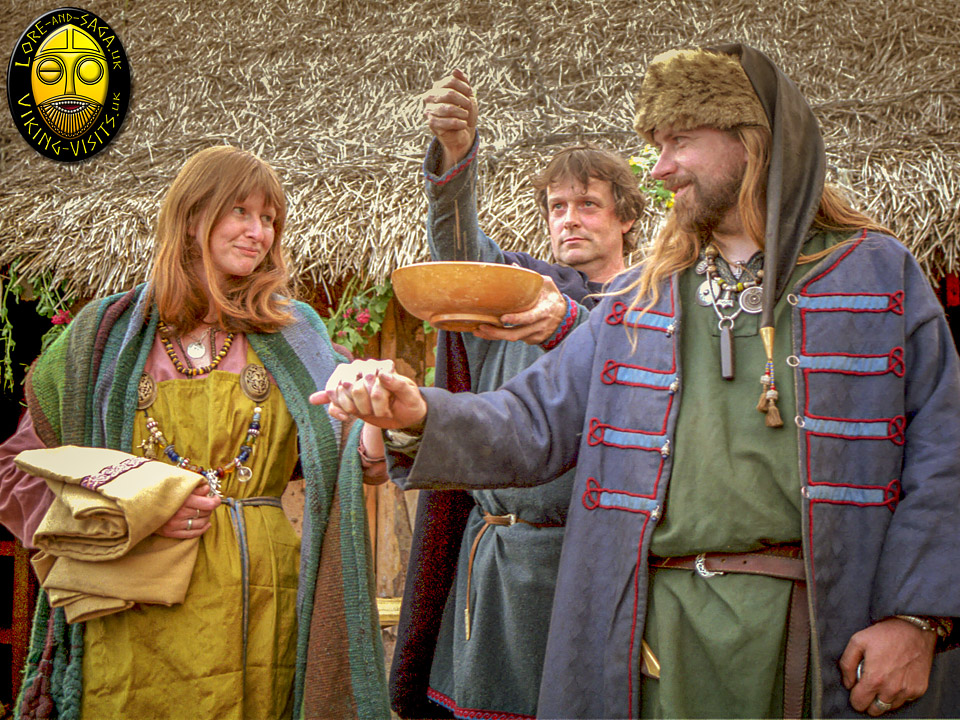 Danelaw became our second home in many ways and when Debs and I decided to tie the knot it was our good friend Dave Thirlwall, the site manager, that conducted the ceremony for us amongst family and so many of the people we had come to know as friends in front of the Viking longhouse on the village.

These are just a few of the  Viking and Roman living history projects we have worked with and the  experience of working with such organisations and many others has helped to enrich the knowledge that we can bring and present to our school  talks and activity days as well.